Do Bill Shorten’s policies spell the end for property investors?

All the clowning around in Canberra last week is likely to have increased Shorten’s chances of winning the next election. So, will the ALP’s proposed changes to negative gearing and capital gains tax spell the end for property investors?

What is the ALP proposing?

Labor is proposing to scrap negative gearing on any investments in established property that are made after a yet-to-be-determined date. Existing property investments will be grandfathered. Negative gearing on new-build properties will still be permitted. If you do invest in established property after the yet-to-be-determined date, you will be able to carry forward the income losses and offset them against future property income or capital gain.

The ALP is also proposing to increase the rate of Capital Gains Tax (CGT). Currently, if you own an investment for more than 12 months and make a capital gain on sale, you only pay tax (at marginal rates) on 50% of the net gain. The ALP is proposing to reduce the discount such that the CGT liability will be on 75% of the net capital gain. Again, existing investments will be grandfathered.

What is the impact on the after-tax return?

How will these changes impact property markets?

You don’t have to be a Rhodes scholar to work out that demand for property investment is almost certain to fall materially if these changes are implemented. 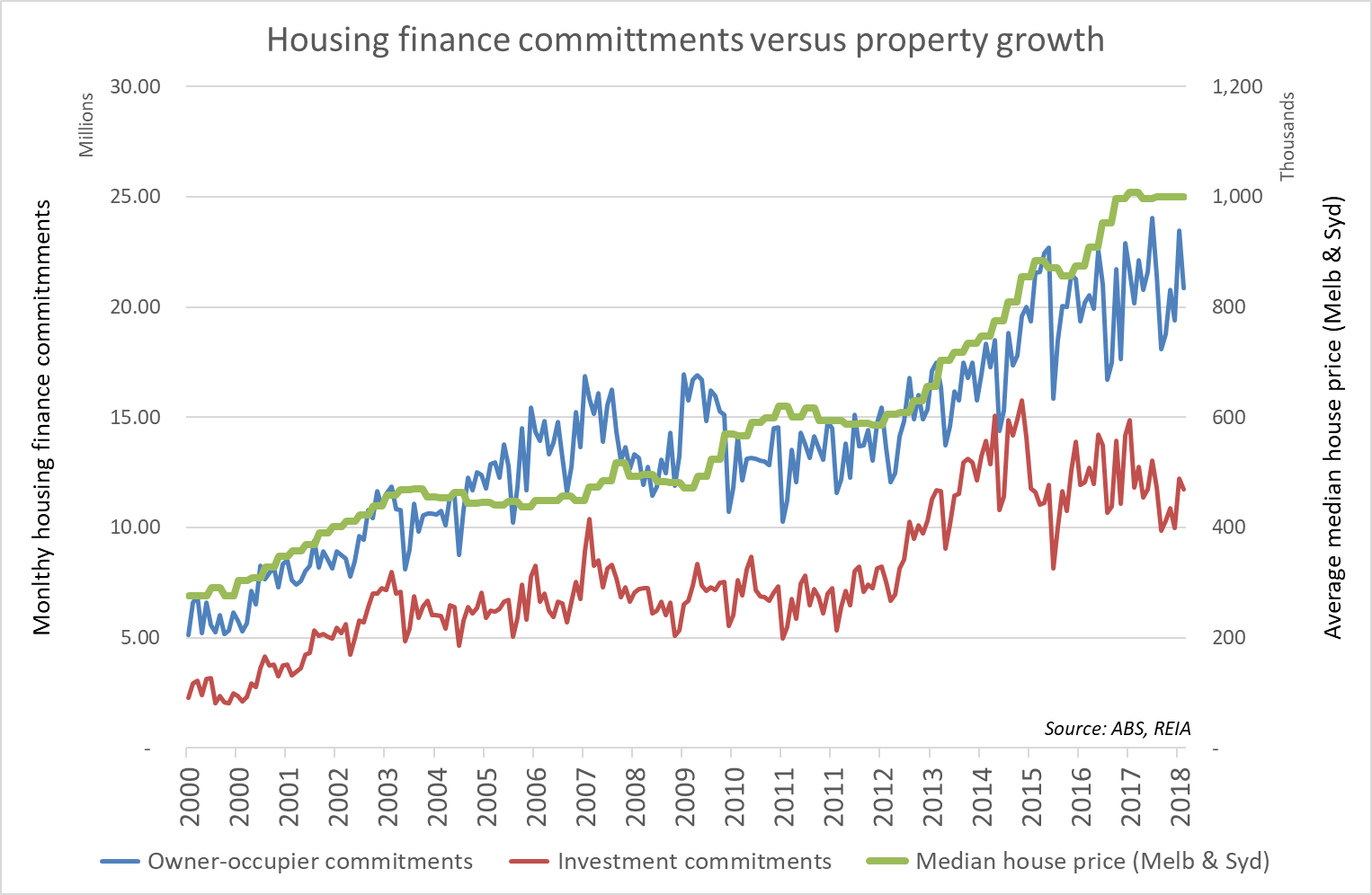 If the demand for investment housing finance was to fall it is likely that it would have a negative impact on property price growth.

Property prices in locations where the majority of dwellings are owner-occupied will be somewhat insulated from the risk of price falls. Conversely, investor-owned dense locations will likely be impacted more severely.

It is likely that some of the additional cost to hold a property investment will be passed onto renters – so its reasonable to expect that rents will rise as a result of these proposed changes.

A property developer and spruikers dream!

The fact that new-build properties will still receive negative gearing benefits will mean developers and property spruikers will heavily market these types of properties to unsuspecting investors. The fact is that new-build properties rarely make good investments as they tend to be located in areas where land supply is not scarce, and scarcity of land supply is the main driver of price appreciation. I fear that the ALP’s policies will encourage people to invest in the wrong assets because they are chasing tax benefits.

If you think Shorten will win, should you invest or not?

Property is a long-term investment. The average capital growth rate since 1980 has been 8.1% p.a.[3] Adding a net rental income (after expenses) of say 2% p.a. results in a total return of over 10% p.a. Over this time (since 1980), the property market has endured many challenges including double-digit interest rates, the abolition of negative gearing in 1985, the introduction of GST in 2000, wars, share market crashes and many different governments and prime ministers. Despite this, returns have been very healthy and comparable to the share market. I doubt these proposed tax changes by the ALP will have any material impact on pre-tax investment returns in the long run.

However, if you are concerned about these changes coming into force and would like to invest in property, then it might be wise to do so over the next year so that your investment will be grandfathered (and you will still enjoy negative gearing and lower CGT).

In reality negative gearing probably won’t be banned as proposed

I doubt that the ALP will be able to get these changes enacted into law as proposed – unless they win with a very strong majority. Instead, I think the changes will be watered down. I suspect that instead of abolishing negative gearing on established property in totality that they will probably limit it. For example, maybe negative gearing will be limited to one property or a certain dollar value. Or maybe negative gearing won’t be permitted for very high-income earners. But I think it’s unlikely to be as severe as its been proposed.

If the negative gearing rules are implemented as proposed, then there might be merit in investing using an un-geared unit trust or company. Astute structuring may help you mitigate some of the impact of the proposed ALP changes.

Might win votes but unlikely to improve housing affordability

Approximately 89% of the Australian voting public do not invest in property and therefore will not be impacted by this proposed policy. The ALP has been selling its tax policy as curbing the “tax breaks for the rich” and its probably going to win votes.

Whilst these polices might win populist election votes, it is very unlikely to have any long-term impact on housing affordability in my opinion.

A fall in in the value of peoples’ homes tend to have a dramatic negative impact on consumer sentiment which impacts the whole economy. When peoples’ homes are falling in value they become fearful and stop spending – as we saw in the US during the GFC. Therefore, the ALP’s polices risk creating many unintended negative consequences for the wider economy.

[2] Assuming a capital growth rate of 5% p.a. above inflation, gross rental yield of 3.5%, mortgage interest rate of 7% and making an allowance for property expenses.

[3] Average median house price in Melbourne and Sydney per REIA